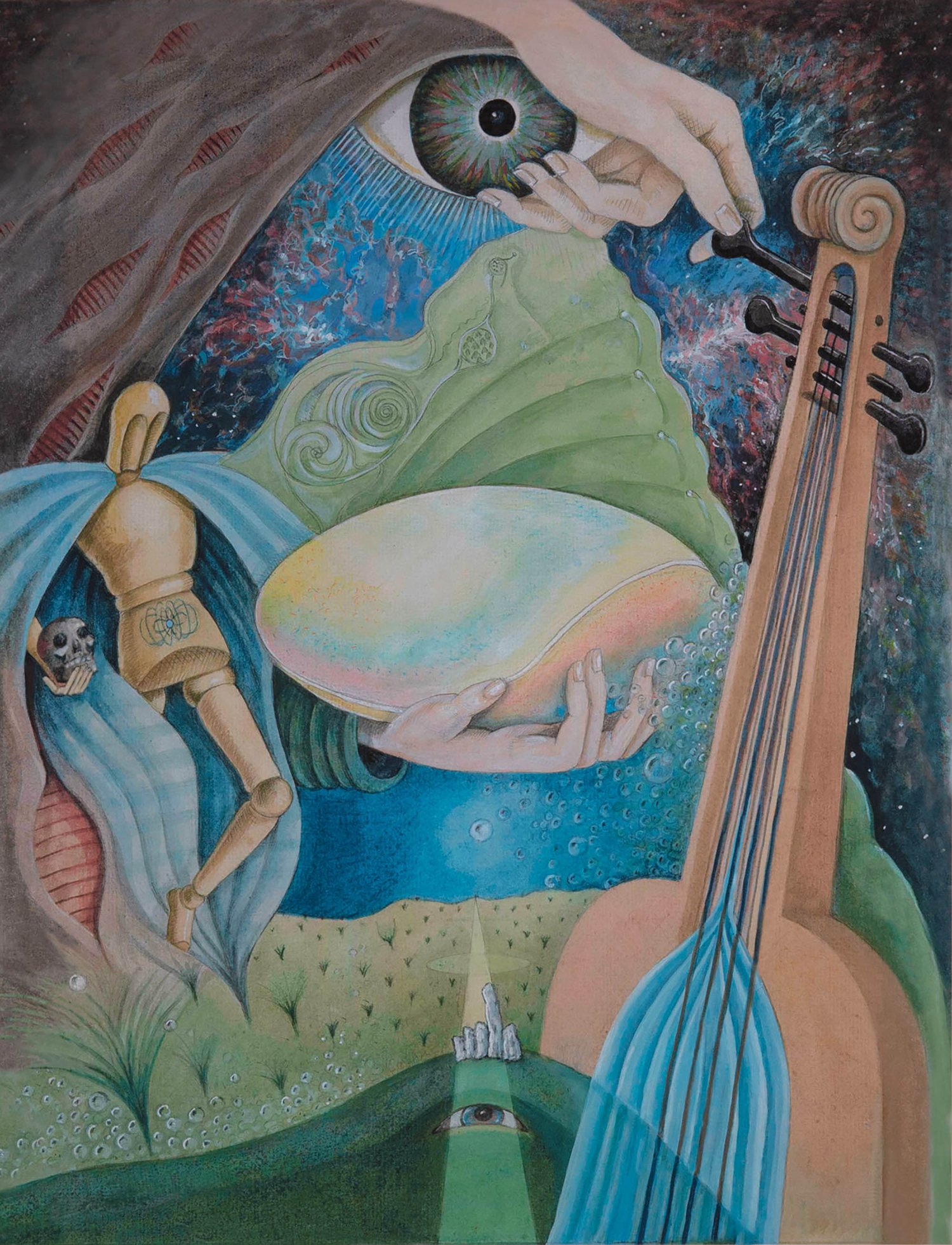 Dutch painter, sculptor and art collector Madelon Vriesendorp was Charles Jencks’ friend and collaborator. She worked with him on producing illustrations for his book projects, as well as drawings and models of his landscape work.

In 2005 Charles Jencks was invited to re-imagine an abandoned open-cast coal site in Southern Scotland. The mine was closed in the 1980s, like many others in the surrounding area. Inspired by the landforms left over from the coal mining process, Jencks’ design focused on ecological and astronomical themes, connecting the post-industrial site with neighbouring landscape, and seeking to put into form the latest thinking in astronomy and cosmology. Crawick Multiverse opened to the public in 2015 and consists of a series of paths that link together landforms that represent the sun, universes, galaxies, black holes, and comets.