Designs for Spring and Winter Fireplaces 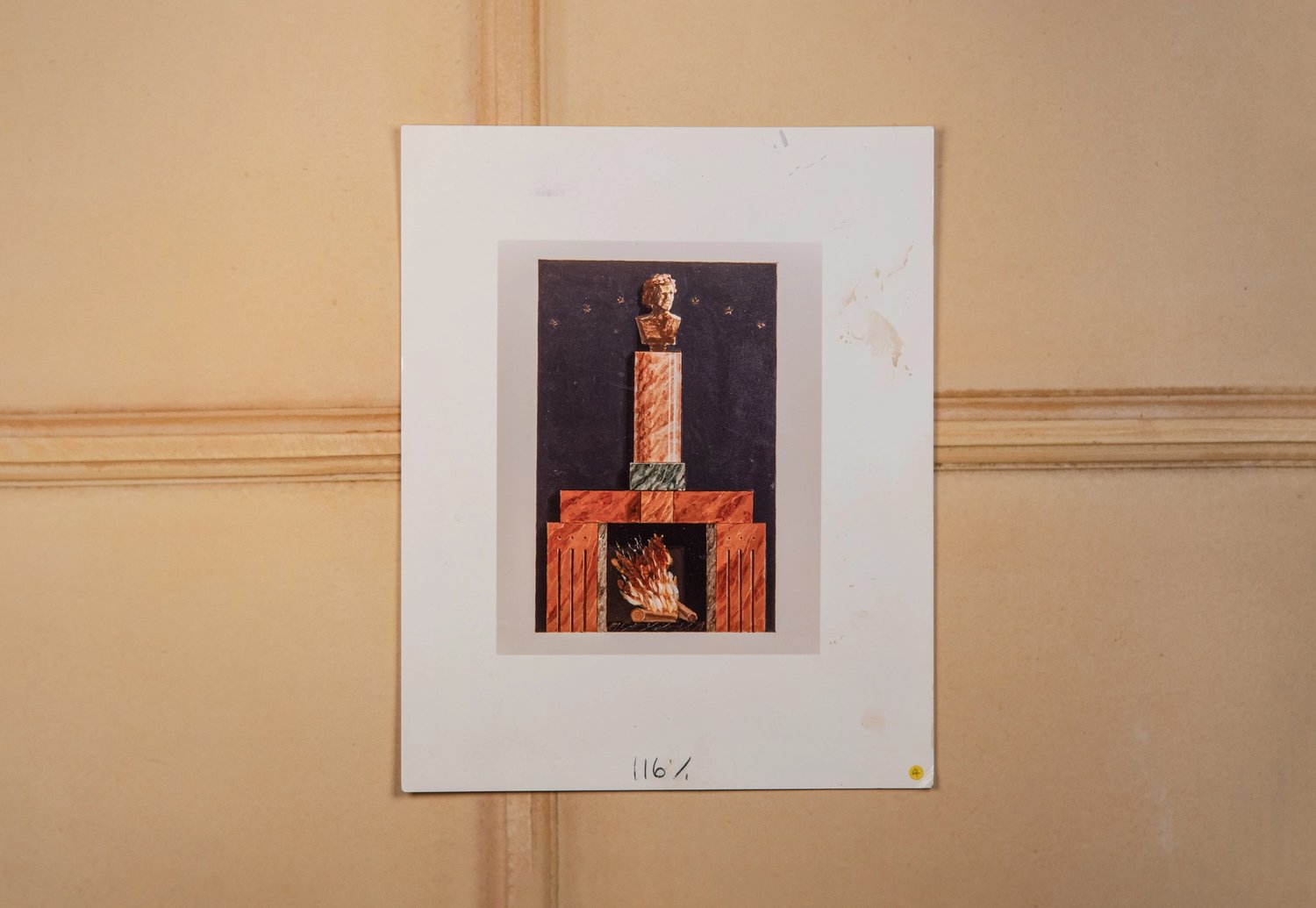 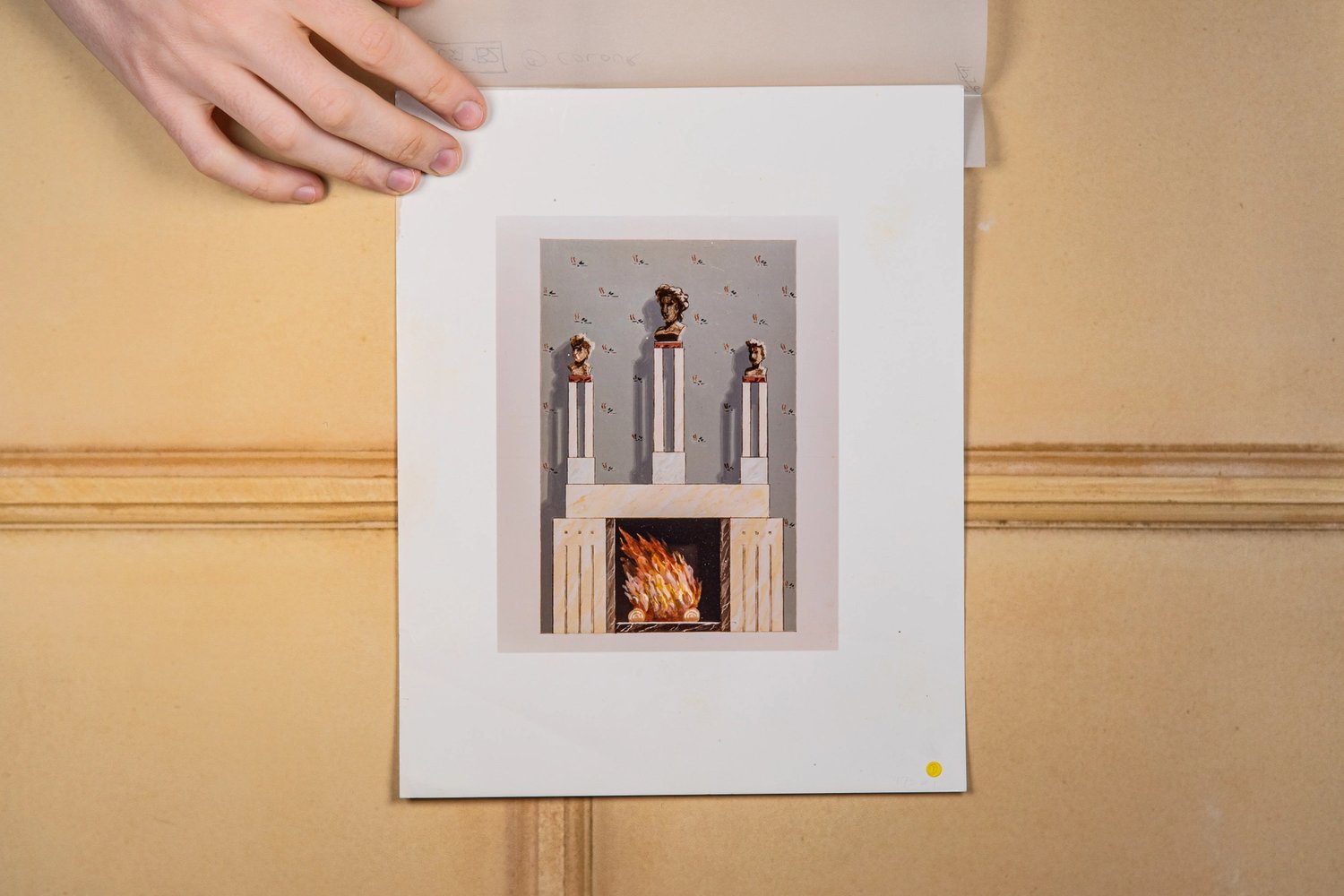 Michael Graves was commissioned by the Jenckses to design the fireplaces in the Winter and Spring Rooms of The Cosmic House. The symbolism of the Winter room is centred on the figure of Hephaestus, in classical mythology the smith at his forge. His name in Greek derives from the words meaning ‘the hearth’ and ‘to kindle’. Michael Graves invited Celia Scott to work on the bust of Hephaestus after he sat for a portrait bust by her at Princeton. Eduardo Paolozzi was selected by Jencks to personify Hephaestus, which eventually led to the introduction of the artists and a long-lasting friendship between the two.

The Spring Room features brighter colours, and centres on the Spring Fireplace. The three busts atop attenuated plinths of the fireplace represent the three months of Spring and the three ages of Venus: April (young Venus), May (Flora) and June (older, wiser Venus Humanitas). The busts were sculpted by Penelope Jencks.