Architectural Library at The Cosmic House 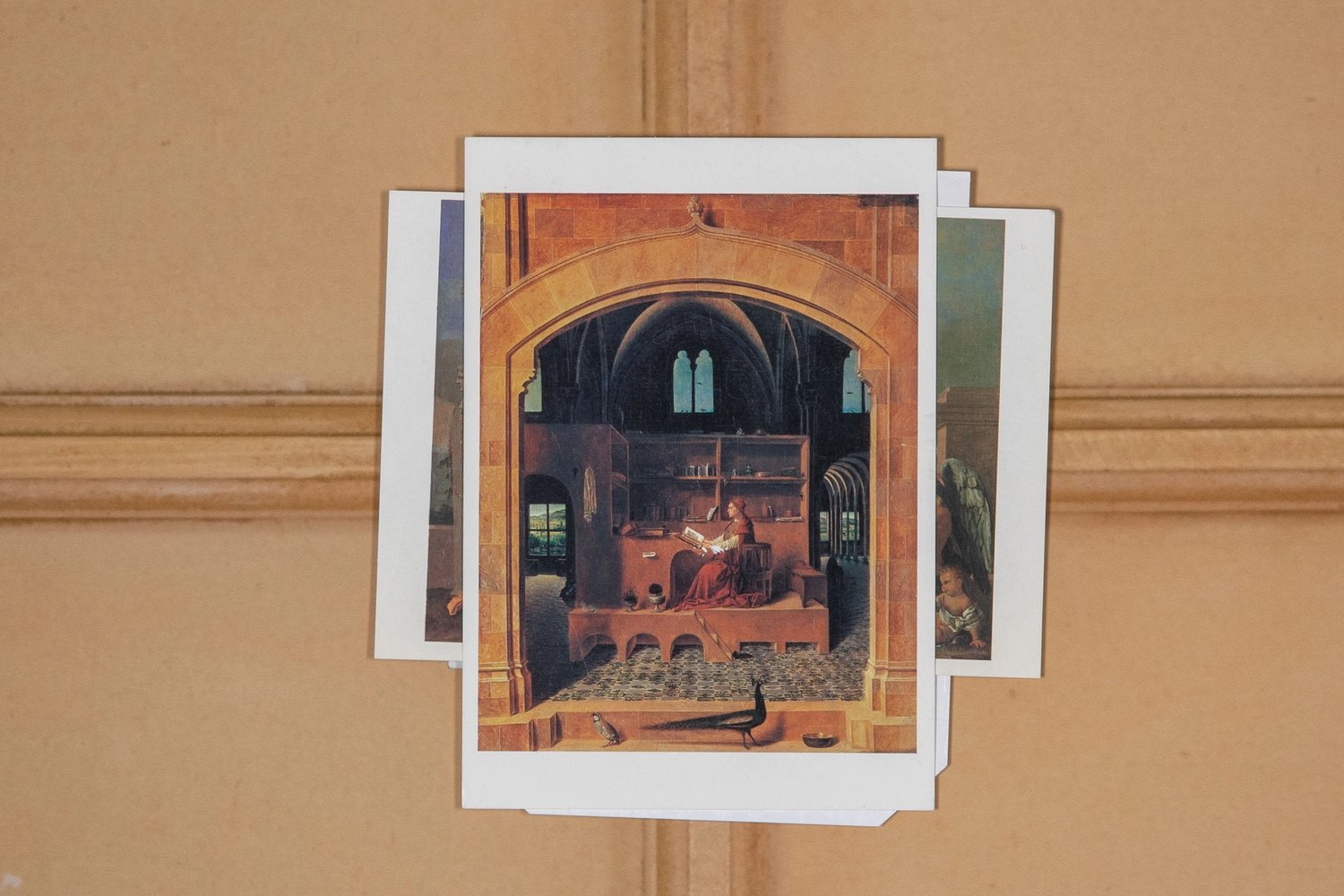 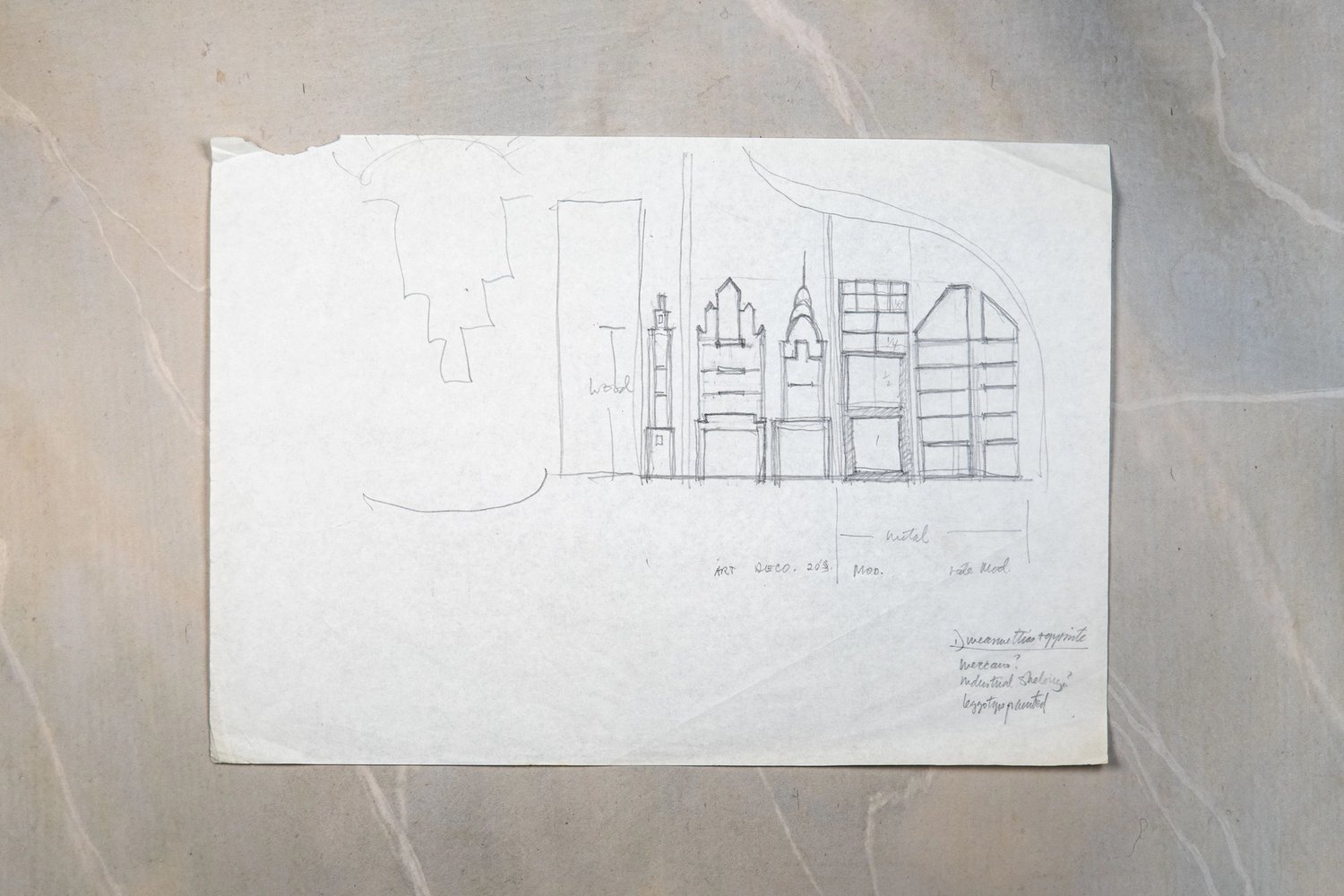 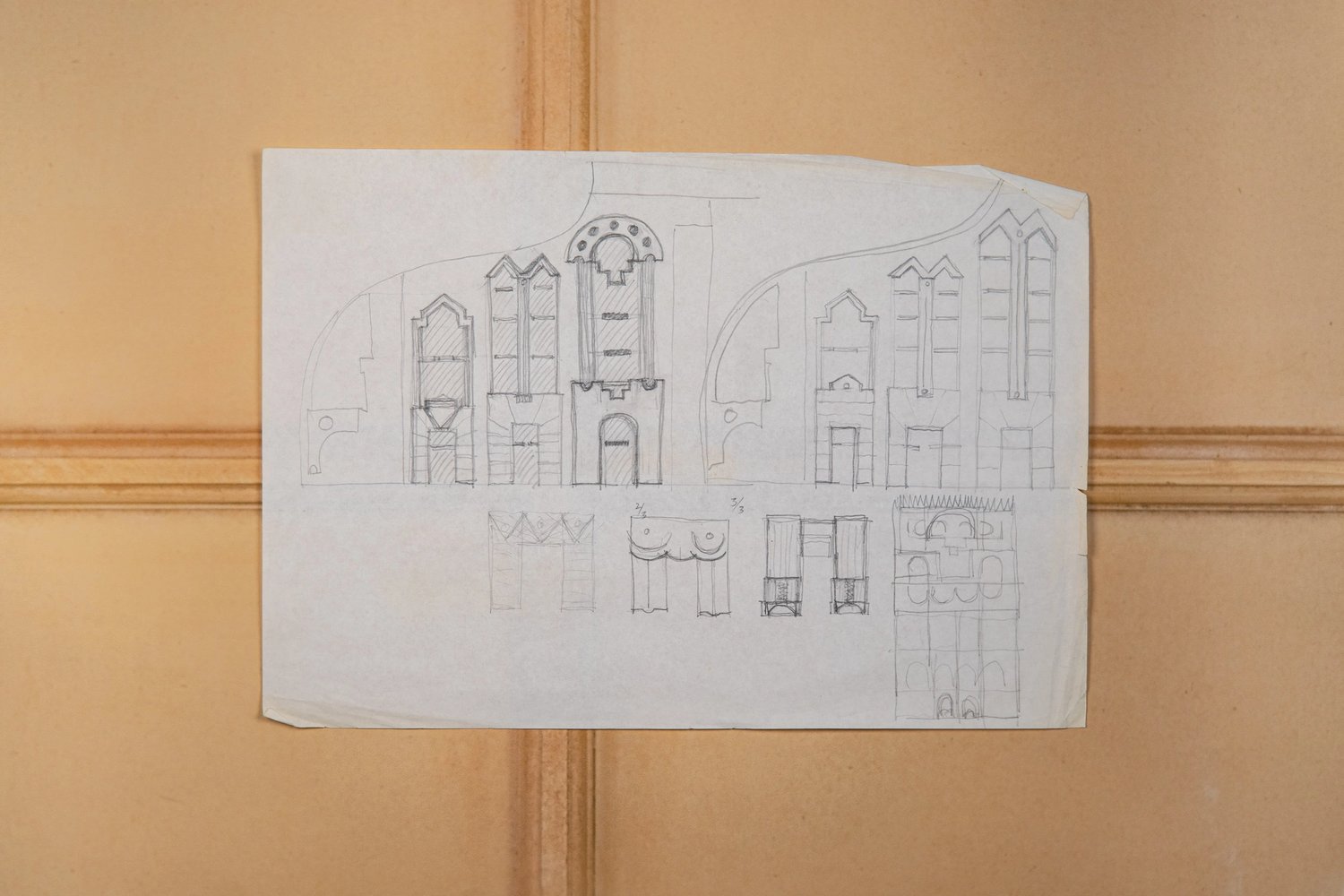 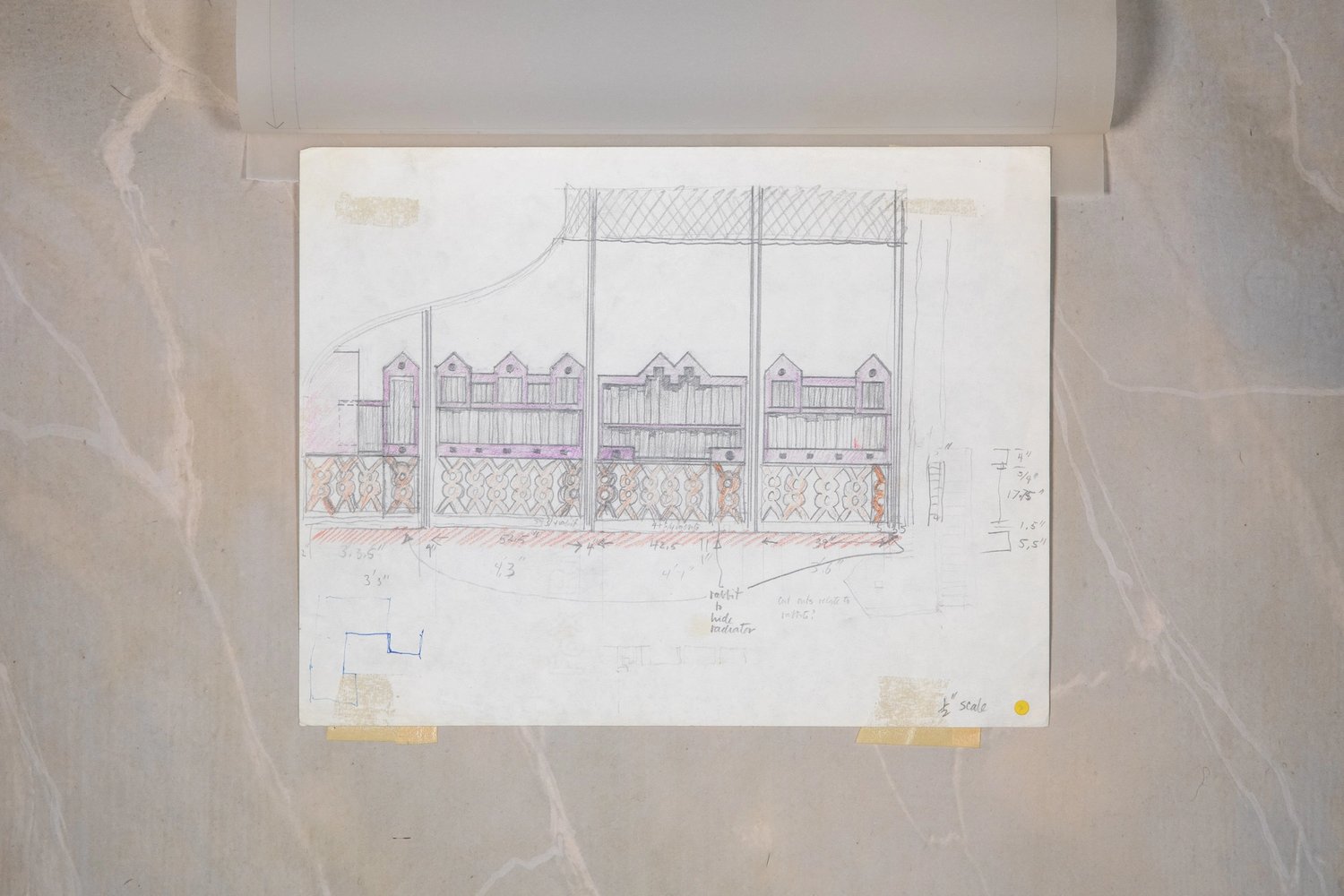 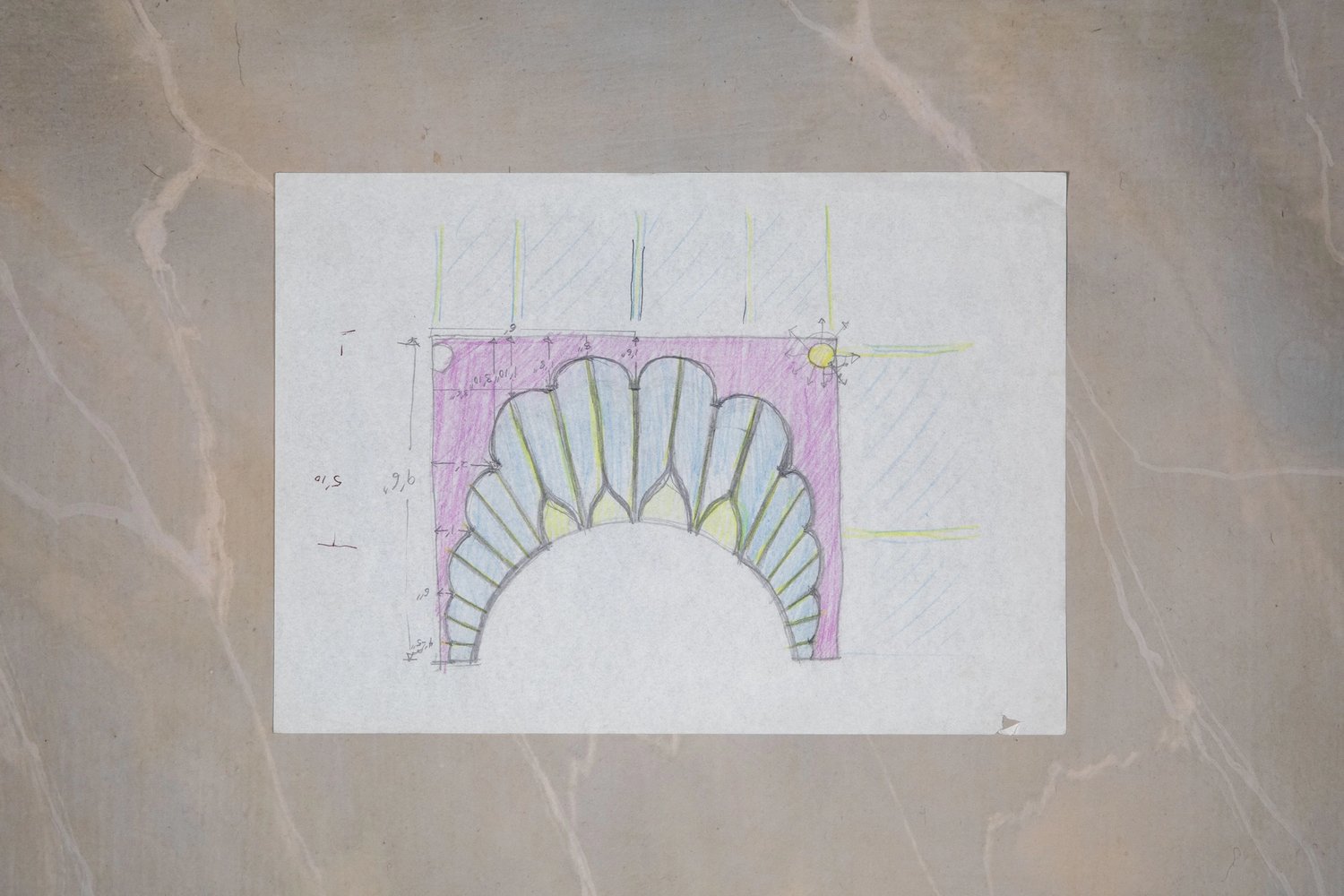 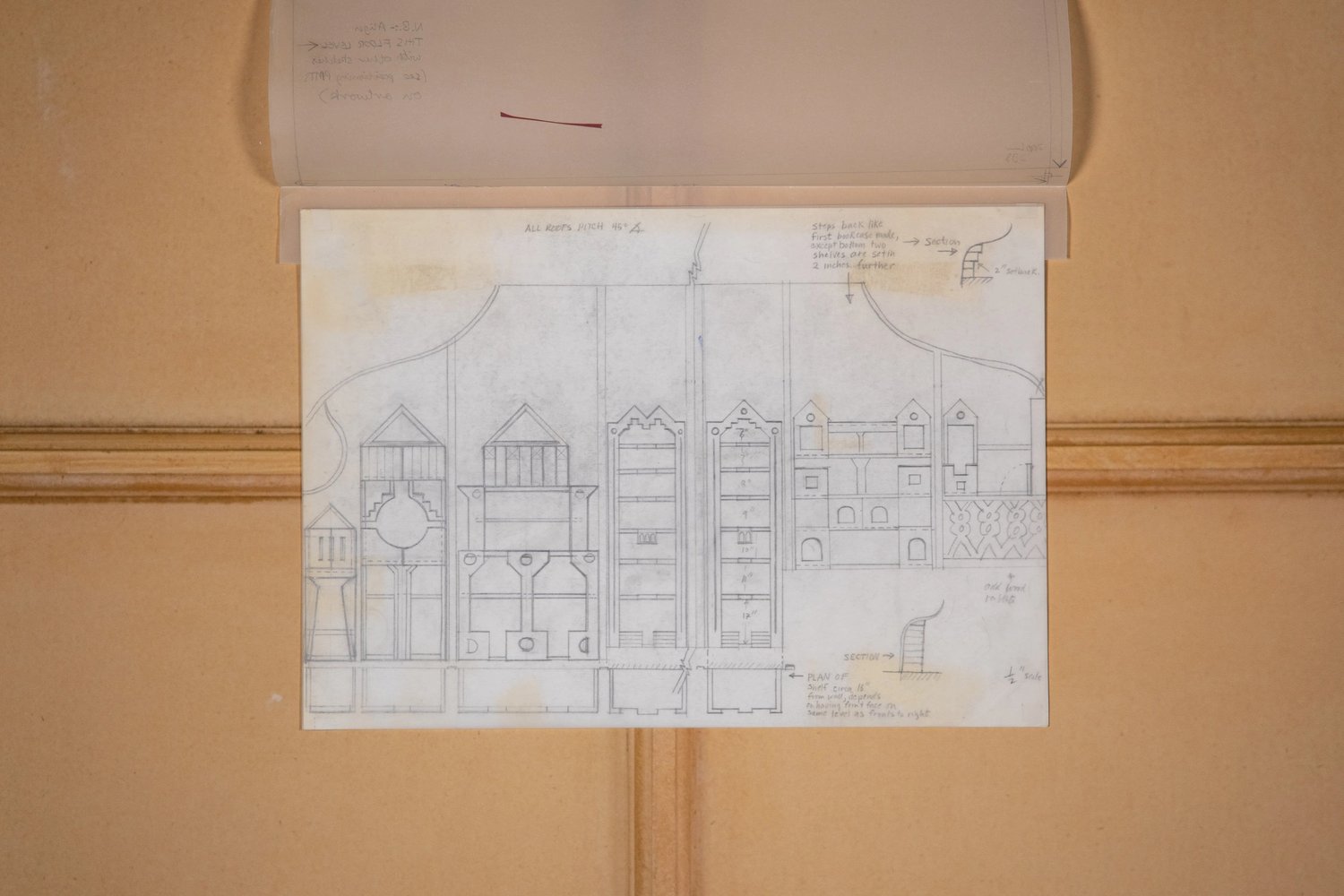 The Architectural Library of the Cosmic House, which Charles Jencks used as his study, is a room made up of a ‘village’ of bookcases set beneath a blue curved ceiling, recalling the London skyline at dusk. As Jencks wrote, ‘A village of houses tells us something about its inhabitants, [so] why can’t individual bookshelves convey something about the content of their occupants?’ The bookcases in the Architectural Library were imagined as ‘bookhouses' – designed in the architectural style that would correspond to their respective contents. Architectural history is covered in chronological succession, with the Egyptian/Doric ‘bookhouse' followed by the Early Roman, Late Roman, Early and Late Medieval, Renaissance, Nineteenth Century and so on towards the Post-Modern Skyscrapers. The Modernist ‘bookhouses’ represent the architecture of the 1930s, 1950s, 1960s and the Late Modern period, and are banished to the far corner of the library. 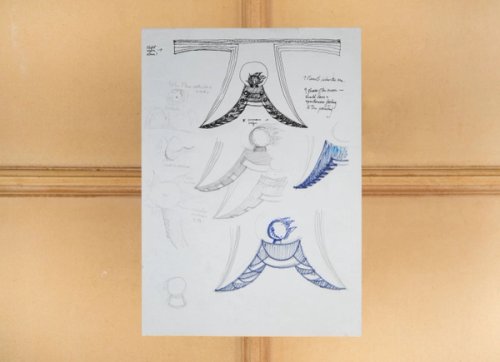 Sun Furniture for The Cosmic House 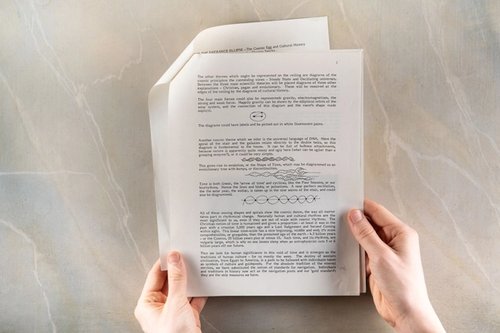 Symbolic Programmes for The Cosmic House